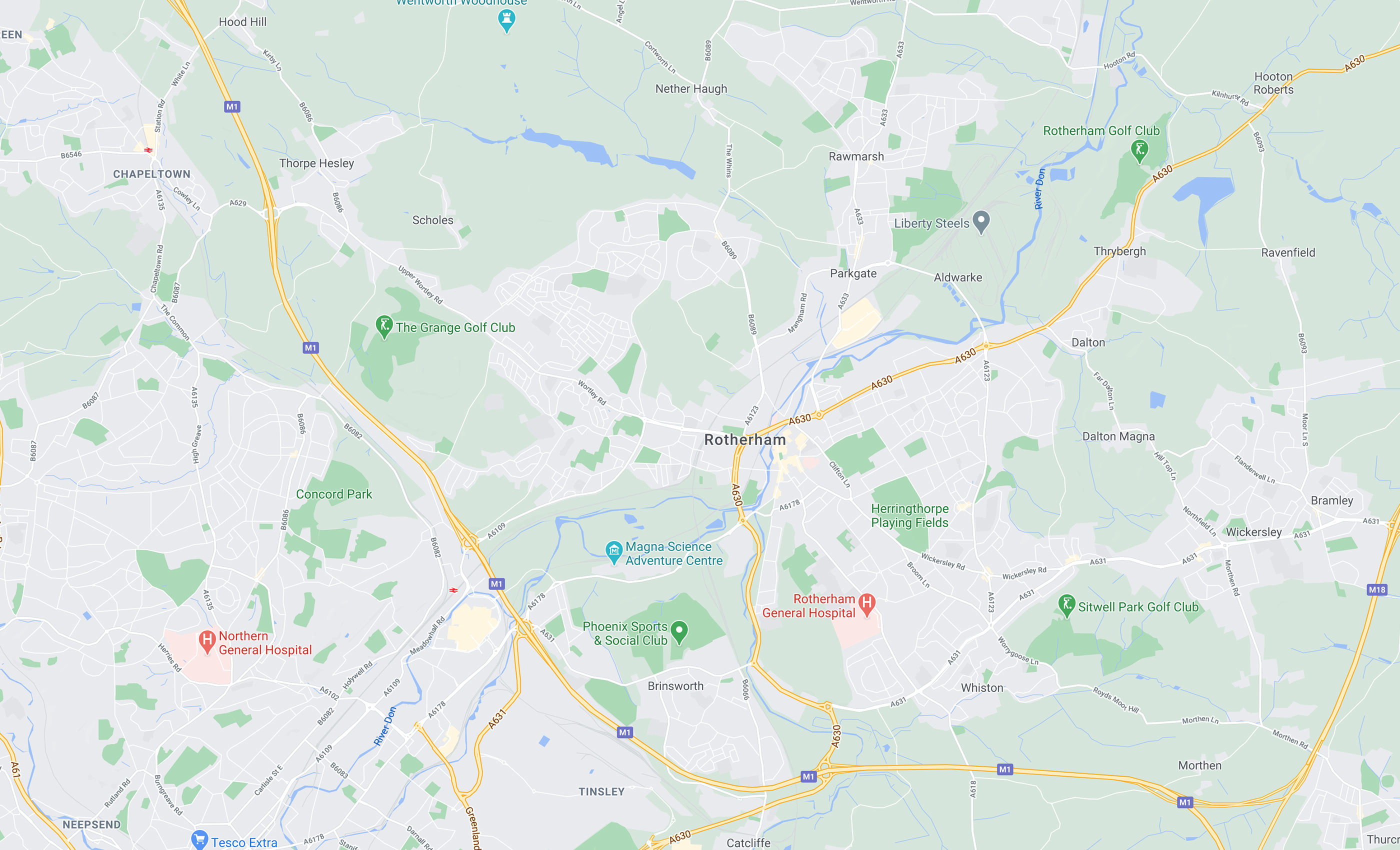 Located in the county of South Yorkshire, Rotherham has a population of 265,000 people which makes it the third biggest town in the county. The city originated as a coal mining town and is a major contributor to the steel industry. There are many popular attractions across the South Yorkshire town including Magna Science Adventure Centre and Clifton Park Museum. The town is home to a variety of sport teams including Rotherham United Football Club and the Titans rugby union team.

The economy was one of the fastest growing economies in England in 2018 and 2019 and is still increasing at a high level ever since. According to Gov UK, the predicted living costs for a single person living in near the city centre is £1,158 per month which is around 15% cheaper than neighbouring city of Sheffield. The average monthly cost for a family of four is £2,775 which is 18% cheaper than West Yorkshire city of Leeds.

As previously mentioned, the economy has had a huge rise in the last few years, this had led to a rise in the employment rate as well. There are many businesses working in a range of different industries including food production, aerospace, warehousing and logistics, and driving.

Due to the positive publicity concerning the economy in the city, there are many businesses wanting warehouses in the town. There is already a plethora of warehouses owned by some massive companies such as Amazon and Next. There is a large industrial estate on Waddington Way called the Aldwarke Wharf Business Park which contains over 60 units. The business park and other warehouse are located outside of the city centre, so you would need to find your own transport method to get to these workplaces. In the warehousing industry, there are many different types of jobs included these listed below.

The responsibility for a picker and packer is to ensure that the products are organised, counted and assigned to the right location. Pickers and packers make sure the package information is correct as well as pack and box the customer’s order for shipping. You will need to have an analytical skill to be able to perform this job without mistakes. Trainings are always provided prior to assignments. A picker and packer in Rotherham would earn on average £9.19 per hour.

A forklift driver has the role of transporting the packages all around the warehouse, up and down the racks and across different sections. In most cases, you will need to have a forklift license before applying for any of the types of forklift jobs however, some businesses can employ you without a licence and offer you an in-house course where you will learn how to drive a forklift. In this case, you can be issued with an in-house license, but not all the other businesses will acknowledge it if you decide to move. A forklift driver will also load and unload products, so they are ready for the drivers to deliver. The average hourly pay for a forklift driver in Rotherham is £10.04 per hour.

Driving and Logistics jobs in Rotherham

The driving and logistics industry has grown massively in Yorkshire town due to new warehouses being built in the town needing drivers to deliver their packages. In addition, with some new warehouses being built, there are going to be more driving and logistic distribution related jobs coming up soon. In the industry there is a range of different jobs and some of these are listed below.

The main role for a LGV driver is to transport packages from A to B in the United Kingdom. The difference between a class 1 (category C and E) and class 2 (category C) driver is to do with the type of vehicle that they can drive. H stands for Heavy and L stands for Large. In Rotherham, a LGV driver would earn on average £12.31 per hour.

Logistic administrators manage shipment requests, equipment, and ensuring that the systems are up to date with all the movements. If you are an administrator looking for work in the logistics sector, you will also work with the drivers, arranging their transportation methods and routes. The estimated yearly salary for a logistic clerk in Rotherham is £22,501 per year.

Thank you! – It's a people thing